Is your little one, or the little one inside you getting bored ? 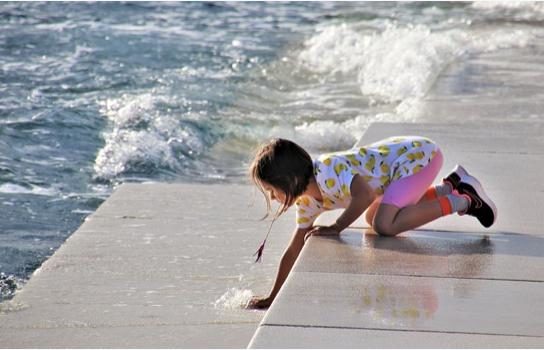 Their imagination will kick in, and it will take them to the stars and the moons, to the forests, and the lakes.

Leave them alone. They do not need any more assistance. You have already fed and cleaned them, studied and played with them. Now, just leave them. Their imagination will kick in, and it will take them to the stars and the moons, to the forests, and the lakes. Some of which they encountered in real life or in their dreams.

Do not deprive them the right to be bored. Without it, they will never be aware of the imagination realm. They will think it doesn’t exist. They will suspect Darwin and Newton, Pauling and Lewis, Edison and Volt. They will be jealous of J. K. Rowling and J.R.R. Tolkien, of George Orwell and Dan Brown.

They won’t believe what they see in a science fiction movie or book. They will assume that these are real, they happened or will happen sometime in the future. They will misinterpret what is pure fiction as nonfiction, or as omens in a metaphysical world. They will take it for granted that a human brain can never explore by itself and make discoveries that might be proved hundreds and thousands of years later.

During these ephemeral moments, you need to be prudent so as you can turn their excitement into light that would enlighten the Millennials and Generation Z that follow. Be aware that any unwise response from you might leave their ideas incarcerated for years.

Let them play alone in their rooms. By alone I mean, without you monitoring them, without any games or gadgets. Let them explore what a simple rug can be transformed into, what a closet can hold other than what they cover their bodies with. And if there is no rug or closet, let them count the tiles on the floor again and again until they come up with the conclusion that the total number is the same no matter where they start counting. That the number of tiles doesn’t increase or decrease by simply counting them. Let them imagine that more tiles could enter the closed system and how this would affect the shape of the floor.

They won’t leave you alone, I know. They will jump out of excitement each time they discover something new to share it with you. They really really want to share it with you. They do not want anything else, they do not want the gained energy to be lost. During these ephemeral moments, you need to be prudent so as you can turn their excitement into light that would enlighten the Millennials and Generation Z that follow. Be aware that any unwise response from you might leave their ideas incarcerated for years.

They know that their size is much bigger than the entrance doors to your body.

You can give them triggers. There is no problem in that. For example you can ask them : What is the amount of your excitement. Is it positive or negative, useful or useless? Something vague, that will call for more imagination. Let them think about it, they might figure out that they are very different or very similar, they can attract or repel. Of course, they did not understand what you have exactly asked, because they are not inside your brain and they can never be inside your brain. They know this very well. They know that their size is much bigger than the entrance doors to your body. However, they have understood it in the best possible way, in their own pure way of thinking, that is not built on presumable suppositions, assumptions or rules.

No matter what they say, do not interrupt them, do not tell them that they did not get it right. Do not dictate what you already know. Let them imagine the answer by themselves. They might imagine an electron and a proton or they may imagine hot and cold, they may think of directions, the most important thing is : No matter which way they choose, let them take it till they get bored with it.

They might consider their resemblance to their friends, how by bullying who is different from them, they are causing real harm, and thus conclude that the only way to live together peacefully is to accept the one being bullied. To accept him as an ‘other’ who also happens to be the ‘same’. To come up with the principle that there is no way we can tell if an object is purely negative or purely positive. That there is a continuous set of probabilities to declare the state of an object, any object. There is no problem in answering a question they might come up with. For example, they may ask : Am I an object like
any other object ? At this point, you might feel that the child is about to get lost. S/He might start thinking that males, females, animals, plants, suns, gods, sympathy, hatred are all objects. Your instinct will unintentionally surface out, you feel the urgency to classify objects the way you were inculcated during the most important years of your life. Do not. Just answer their yes – no question in the most puzzling way. Say ‘I do not know’ and send them back to their room to dwell on it.

This game ‘may’ turn them into the best philanthropists ever, or the best scientists ever or the best writers ever or the best philosophers ever or the best artists ever. Learning how to unleash their imagination from a very young age might turn extremely handy later on when they start studying Einstein’s mind-boggling twin paradox, or the older yet highly circulating Markov theory, or during COVID 19 period when they feel trapped like Schrodinger’s cat in a box, with finite access to the real world. Your children are not part of you. They are free by themselves. They can live and survive on their own. Think of all the orphans living in orphanages or abandoned on the streets. Think of all the other animals who do not have any emotions toward their descendants. Yes, I agree with you. Your children might be sharing some of your genes, but these may not be your own genes. These might be the genes of all the generations that preceded you. They are not an extended version of you. Do not give yourself the right to shape them the way you want so as you feel proud later. Focus on your own materialistic projects, those that cannot think or survive on their own. Do not mistake your children to be one of them. Do not try to make them follow your legacy. Leave them. Let them encounter their own boring moments on their own. Only then, they can decide by themselves what they want to believe in, what they want to accept and what they want to partially or completely dismiss.